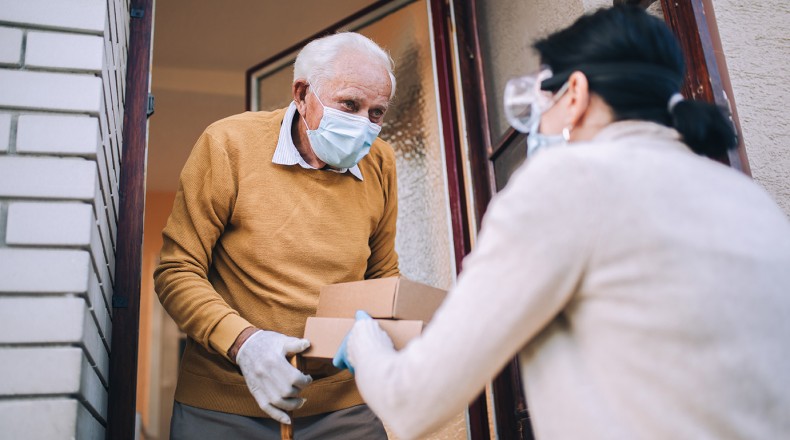 Engagement: volunteers are the architects of impact

A plague struck the city. In the next three years, most people were infected, and 25% of the population died. The highly contagious epidemic spared no one, including political leaders.

It was 430 BC, and the Plague of Athens would signal the beginning of the decline and fall of classical Greece. Thucydides survived the plague, but his writings point to a cultural decay that preceded the global pandemic of the day. He wrote, “It is a general rule of human nature that people despise those who treat them well and look up to those who make no concessions.”

Ironically, at the same time in history, other non-Western cultures proved his “general rule” false. One of the earliest historical records of civilian hospitals identifies King Pandukabhaya of Sri Lanka, who built them all over the island between 430 and 360 BC. Caretakers provided aid to those who were sick and are probably one of the first examples of organized volunteerism.

Every culture, tradition and group of people since the beginning of time has evidence of this type of holistic philanthropy, even if they lose track of it for a time.

When asked for a definition of philanthropy, Robert Payton and Michael Moody suggested “voluntary action for the public good.” In their book “Understanding Philanthropy: It’s Meaning and Mission,” they confirm that while we tend to focus on voluntary giving, philanthropy also includes voluntary service and voluntary association, all of which work in conjunction to promote effective philanthropy.

While we as fundraisers focus on stewarding our donors, it is also important to steward the entire concept of philanthropy, including volunteer service. Rather than silo the volunteer experience as a program of some organizations, fundraisers ought to take a proactive role in promoting a culture of philanthropy that views volunteers as part of any healthy nonprofit.

Volunteering: Why it Matters

Volunteerism has long been essential to both those providing services and those receiving them.

For nonprofits, volunteers provide a critical infrastructure to deliver programs at scale. For the volunteers themselves, myriad internal and external benefits accrue from shared experiences—from empathy and solidarity to mental and physical health benefits.

The Points of Light Foundation—an organization that strengthens global connections and enriches daily experiences with pervasive calls to serve and make volunteerism accessible—identifies the following outcomes for organizations that effectively use volunteers:

From a fundraising perspective, there are several benefits to a robust volunteer program. Research from the Reimagining Service Council affirmed that for every $1 spent on volunteerism, organizations receive between a $3 to $6 return on that investment. Leveraging limited resources to extend mission impact provides a strong return on volunteer investment.

Volunteering in a Pandemic

Amidst “social distancing,” we’ve lost touch with what makes us truly human. We are, in opposition to Thucydides’ view, social beings longing to connect with one another, especially in times of crisis. Problems haven’t ceased, but a myopic view of problem-solving solely in the form of cash gifts not only cripples nonprofits but also marginalizes many communities, especially those hardest hit by the impacts of the pandemic.

Research from the Reimagining Service Council affirmed that for every $1 spent on volunteerism, organizations receive between a $3 to $6 return on that investment. Leveraging limited resources to extend mission impact provides a strong return on volunteer investment.

Arthur Gillette observes that: “perhaps mainly in the 19th century, industrialization, the generalization of money as a means of exchange and the ‘de-socialization’ and anonymity that accompanied urbanization undermined such values as solidarity and mutual assistance.” Today, far too often, volunteers are relegated as a nice-to-have rather than a need-to-have—sometimes a hindrance rather than a help. Instead, volunteerism should be regarded in its proper historical and social context as a driver of social change. As Susan Dreyfus, president and CEO of the Alliance for Strong Families and Communities, confirms, volunteerism has long held an important role in civic life. “In the 1800s, the rise of the social reform movement around issues like poverty, temperance, women’s rights and the abolition of slavery mobilized a new generation that had not previously been involved in civic life, including women and young people.” It’s time for 21st-century nonprofits to recognize that expertise and impact are not limited to paid labor. For most of human history, social change has been the dominion of volunteer efforts.

The United Nations estimates that 1 billion people volunteer annually, and the pandemic has heightened both the need and opportunity to engage in local volunteerism. From shopping for at-risk neighbors to mask-making, people are looking for ways to mobilize communities to action to help those in need. According to CARE, a nonprofit dedicated to ending poverty, “the COVID-19 pandemic has eliminated 277 billion hours of paid work as of June 30, the equivalent of 400 million full-time jobs. Unlike previous economic crises, those job losses are hitting women the hardest.” The devastating impacts on the economy have led many to support the causes they care about through time rather than treasure.

As the confines of physical space are removed, more opportunities for highly-skilled volunteerism become a possibility. An expert in budgeting or human resources matters or a diversity-enhancing board member is only a Zoom call away. But in-person, community-based volunteer efforts will remain as critical as they have ever been. Government funding for volunteer programs at both the state and federal levels continues to be in jeopardy, especially as resources become more limited due to other economic concerns.

The Corporation for National and Community Service, the agency that supports programs such as AmeriCorps, Senior Corps and the Volunteer Generation Fund, needs continuing and widespread community support and advocacy. These programs help promote volunteerism and volunteer capacity in our local communities.

For the Athenians, The Great Plague revealed something they could never forget. Amidst trials, some succumbed to their baser instincts, but some, according to Thucydides, who had become ill and survived, were the most sympathetic to others’ suffering. For the city-state, such realization came at too great a cost and too late in time.

One element of the contemporary Charaka Samhita—the Sanskrit text on Ayurveda that informed early Sri Lankan volunteerism—was to compel early volunteer trainers “to never be impatient, always be attentive, behave with humility, act after reflection, and always seek, whether sitting or standing, the good of all living creatures.”